New Steam Machines must come with designs and different ideas of what we can expect from a traditional desktop console, a good example is Piixl jetpack. 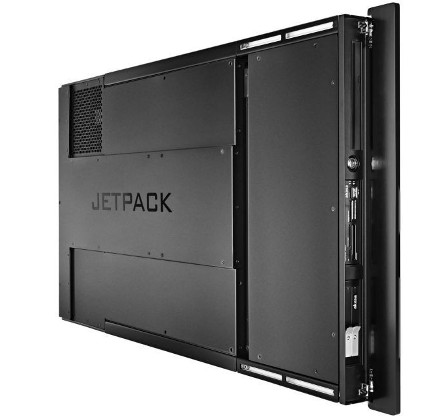 The name already invites us to think that it is something that goes in the back, in this case the back of your television. That’s the Pixxl idea; hide the playground equipment behind the screen, instead of a box that would occupy a space in our furniture.

Inside we find a PC well accommodated to forms of a slim drawer which is placed behind TVs that are over 32 inches. There are no anchors VESA join JetPack to the TV, which will remain accessible.

In regard to specifications, what we know is that Intel Core i7 processors, graphics NVIDIA Titan and GTX780, up to 1TB storage on SSD format.

Piixl JetPack will be released on January 1, 2014, and is expected to start from high prices, we are talking about $1000.