Technology has reached unexpected levels. Every year, we look forward to different technology developers creating mind-boggling ideas to improve different areas of our lives. And although sometimes we find inventions not useful, this time we want to show you these great 3D Printers. 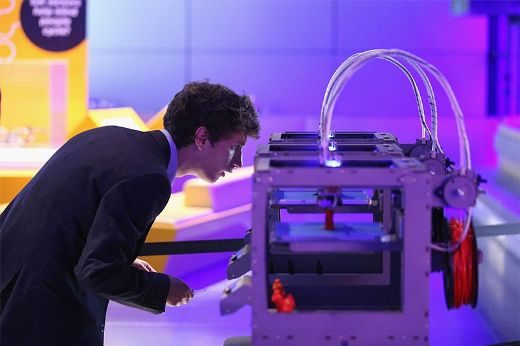 In terms of printing and graphics, evolution and industry has gone through the era of printing such as print services Glendale AZ, copiers, photocopiers, HP printers, color laser printer and now, to finish surprising us, the 3D printer.

The first 3D printers were created in the eighties. However, its boom has occurred in recent years thanks to new consumer needs. The devices are used for experimentation and scientific advancement, but their great demand is born out of the benefits they can for the home. 3D printing will be key to the growth of smart homes.

The first 3D printers had a machine-focused function. They are still used to mold metals by melting them to create moldless structures. The amount of energy and the risks of driving have these powerful machines away from the users. Luckily, thermoplastic fibers solved the risks of manipulation, they are much cheaper than a metal sheet and the machines may be smaller and more accessible to the consumer.

The thermoplastic has the advantage of being moldable at low temperatures; some can be molded even with a hair dryer. This allowed the birth of 3D printers like ‘Cubify’, which lets you print small objects with ease. Thanks to these printers were born new markets that sell plastic plates, vases, props for the desktop, small decorations and personal photographs as collectible figurines.

The birth of these markets prompted new engineers to over exploit the resource of thermoplastics and printers. Currently there are some large scale home machines using thermoplastics for larger structures. ‘BigRep’ is one of them, becoming the first homemade printer to print furniture. There is also the initiative of projects like ‘3D Print Canal House’ that seeks to build a house of 13 rooms with only structures built in plastics, as it could decrease the value of materials, construction and transport times.

At the same time, science was not far behind. Scientists and designers began experimenting with 3D printing by splinting and replacing body structures; then using organic materials to recreate food and even stem cells. Experiments that for their success are promoting the creation of printers of organic material like ‘Foodini’, a 3D printer that will help you prepare your favorite dishes.

All products arrive at the beginning at high prices, while technologies become cheaper and demand grows. The first printers were over $6,000 and have gradually come down (especially those that are funded by crowdfunding sites). ‘Cubify’ is a good quality small printer that is between $1,700 and $2,300. A large-scale printer such as ‘BigRep’ is above $35,000 for its large size and because there are not many of its kind.

However, mass production and new technologies allow prices to begin to fall. ‘Foodini’ is aiming for its printers not to exceed $1,300 and there are currently others like ‘The Buccaneer’ that are over 500 dollars.

It will not be many years before you see that in every home there is a 3D printer. Some people like to renovate their decorations, find exotic models and design their own objects. The homes of the future will lead many people to be in touch with their creative side to take full advantage of these new technologies.