The connected objects are now everywhere and in different forms. One of the latest in comes in the form of a cap that embeds several sensors and a Bluetooth connection. An alternative to the connected watch to count steps and monitor activity. 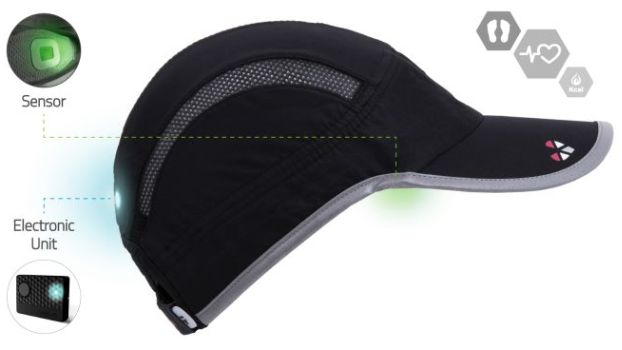 Now, although we know that we can measure daily activity through a connected watch. But other devices will also appear and may represent a serious alternative to this type of monitoring: the connected headset. Screwed on the head (this is an expression, the cap is normally worn like any hat), the LifeBeam Smart Hat integrates multiple sensors.

It retrieves data to send via a wireless Bluetooth signal to an application available for smartphones and tablets. Several applications are compatible including the most popular such as RunKeeper, Endomondo, Nike Plus, Runtastic, for example.

It allows knowing the distance traveled, calories burned and being compatible with a heart rate measuring belt can also give this measure. So yes, it does not set the hour as makes it a linked watch but at least it protects from the sun. In addition, it is considered a “all-time” cap which also allows to use it even in case of rain. It will also resist the sweat. It can be worn under a helmet, for example.

Its manufacturer claims a battery life of about 17 hours thanks to a battery with a capacity of 100 mAh.

The cap LifeBeam Smart Hat is available for $99.