Engineers of United States created a robotic hand able to catch objects in the air at 2 milliseconds. Its creators believe it could be perfect to collect space junk. 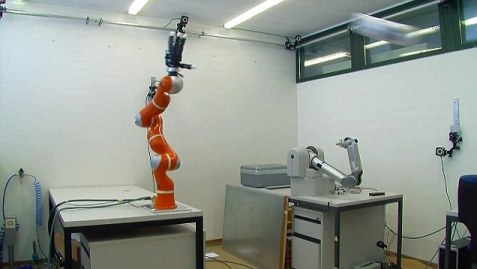 How they do it? This robot is able to calculate and predict the path of an approaching object in the air and move hand to the correct position at full speed to catch it instantly.

The robotic arm is 1.5 meters long and has three joints and multiple sensors and cameras that capture all the information needed.

The way in which engineers have managed to teach the robot to hunt objects in the air is indeed imitating how we humans do: by trial and error. This technique, called programming by demonstration, the robot shows the possible paths that can take an object using sensors embedded in it.

Then robotic arm carries out various failed attempts to catch it in the air, builds a model of their possible paths, and at the end, just catching it without fail.