In 1987 was released, with a moderate impact and more successful, unusual Travel [Innerspace], a science fiction film inspired by a novel by Isaac Asimov, who told the story of a group of scientists who are miniaturized, together with a ship, and injected into the bloodstream of a man to study it and, why not, heal him inside. This argument, which 30 years ago seemed to us absolutely crazy, is something closer to becoming a reality today. 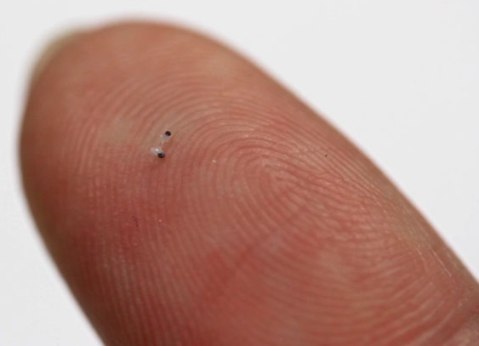 Several years ago that comes to work on the idea of creating robots that can be introduced to the human body, as well as in the film; but science has just taken a vital step for the project. Apparently, one of the main obstacles facing science is to make robots move through the blood, ocular fluid or other means.

After years of work on the issue, a group of researchers from the Max Planck Institute for Intelligent System Germany, came up with the perfect design for these robots can navigate fluids of different densities. Copying the form and manner in which the shellfish, a sort of moving forward and backward, this group of researchers have solved this problem.

The reasons for this choice are, first, because this type of movement (a flutter in the opening movement is slower than the enclosure, which achieves momentum) would allow the robots move in various types of body fluids. Furthermore, and perhaps most important, such movement does not demand a lot of energy; this type of robot has no batteries or motors, its structure is very simple, and powered by external magnetic sources of low intensity.