The leader of Facebook, Mark Zuckerberg, a group of experts in computer science, aeronautics and aerospace technology that are developing systems to carry Internet everywhere on the planet. 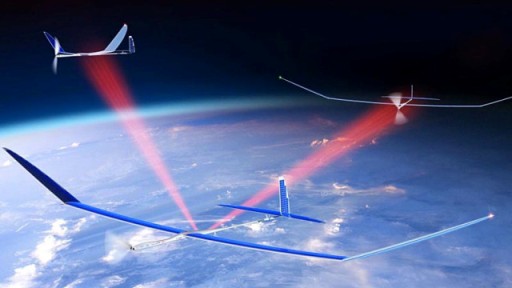 Technicians, some of whom passed before NASA or the Massachusetts Institute of Technology (MIT), studying the use of drones (small helicopters) and satellites can transmit Internet signals using infrared lasers.

The team is part of the initiative internet.org by Zuckerberg in 2013 in collaboration with Nokia, Samsung and Qualcomm, among other companies, which aims to provide connectivity to 5000 million people living in areas where no infrastructure to connect to Internet.

“We have made good progress so far. Throughout the past year, only with our work in the Philippines and Paraguay doubled the number of people who have a mobile data connection with the operators with whom we have partnered and help 3 million people to have access to the Internet”, Zuckerberg said in his social network.

“We will continue to forge these partnerships, but connecting everyone also requires inventing new technologies”, he said.

Not everyone thinks it’s a good idea, however; the Canadian Globe and Mail published a while ago a text of a journalist in Ghana which considers that it is more efficient to support local businesses which are already riding traditional infrastructure.

Aircraft, Balloons, Satellites and Laser
For suburban areas in regions limited by geography the way to follow is the use of drones powered by solar energy capable of staying in the air for months, requiring little logistics for launch and offer reliable Internet connections; according to some reports, the company commissioned 11,000 drones to Africa.

For areas with low population density, the strategy focuses on the use of satellites to broadcast the Internet signal to Earth.

In both cases, the connection will come through infrared laser capable of delivering data, a technology called FSO (Free-space Optical Communication).

Titan Aerospace solar drones, for example (one of the companies that, according to some rumors, Facebook tried to buy), flying at 20,000 feet high, so for practical function purposes almost as satellite connections.

Google is also developing a project in the same direction. Last year, the company announced plans to use solar-powered balloons to provide Internet access in remote regions.