The miles disappear almost instantly by the grace of a horse of metal that takes us. Beside us, behind us, others want to overwhelm us, regardless. Error minimal distraction, we will lose the race or even death. Adrenaline is what keeps us alive, but we are sitting in front of a display and operating a joystick connected to a console, playing with car racing simulator Gran Turismo 6, which just came out. 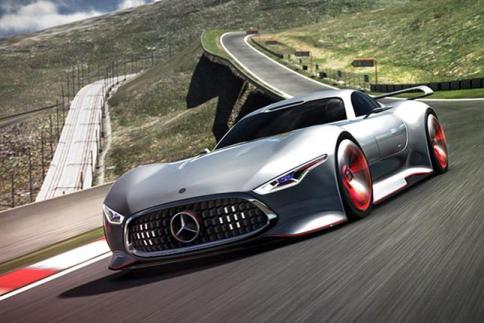 This title for the PlayStation 3, developed by Polyphony Digital and with the design of the name Kazunori Yamauchi, incorporates more than 120 models of wheeled more to those who already had, leading to 1200 the number of vehicles that can drive. Some of the new ones are the Chevrolet Corvette Stingray, Alfa Romeo TZ3 Stradale ’11, Lamborghini Diablo GT ‘ 00 and Ferrari 250 GT Berlinetta. It’s hard to choose between so many beauties on wheels.

As for the circuit, no new locations like Ascari, in Spain; Mount Panorama in Australia; Silverstone in England and Willow Springs, California. With so many options, the GT 6 is a permanent machine gets new game options.

Although many people can not get interested in the search for realism, which reaches to the layout of the circuit and surrounding land, led the designers to decide climate change or recreate the position of the stars and constellations depending on the exact position. It is inconceivable that the German Nurburgring could see the Southern Cross. Can anyone look at that? It seems so in some cases, since costs higher for this surely the producers did not taste it.

Another attractive GT 6 cosmetic is the function for pictures of our competition vehicle located in well known parts of the world. It allows game mode for one or two users simultaneously and communicates online races of up to 16 users. We have at least one hard disk space of 256 MB.

The GT 6 was rated in the United States and suitable for all ages. For Dads, do not confuse this product with other famous racing cars, the GTA, in any of its versions. In GT 6 only violence that arises is the product of clashes which, on the other hand, are very well made.

The GT 6 has the additional content a tribute to Brazilian driver remembered Ayrton Senna. This franchise, which opened more than 3 decades, already has sold over 70 million units in all versions.

To please, the large number of cars and routes that we have at our disposal. Take a long time to get to use them all. Customization of vehicles is also possible beyond these have been plotted with great accuracy. The dials and all devices on board are reflected very accurately. The physics of the cars, and the response to swerving, are very well made.

The quality of the graphics and audio, excellent. You can voice chat with other players.

What we ended up not convince others? When we are playing against the machine, other vehicles not behave realistically in terms of the quality that we have come this same game.

Related to this, does not mean that cars are robots, but we are used to driving these virtual racers will notice an opponent of the flesh are not behave. Fans of this genre of video games known behavior much better than we sometimes see on the street cars.