In the past decade, the popular conception of computing has shifted drastically. Tablet PC devices, innovative desktops and complex smartphones have diversified and expanded the modern world of computing. 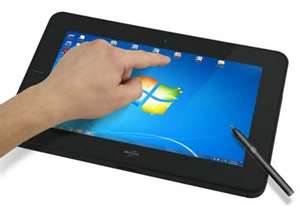 Nowhere is this more apparent than in the education sector.

A Pennsylvania State University Study published in 2008 found that both students in design and non-design courses reported that their educational experience was improved by using a tablet in the classroom. Heading into 2013, tablet technology has secured its place in education.

From the time they learn to talk, children are being raised on kid-friendly tech products like the VTEch InnoTab and the Kurio Kids Tablet. These are not the simple digital phonics games of the late 1990s, either: Many education-oriented tablets use complicated operating systems and have many of the same features as those marketed toward adult consumers. They often retail for well over $150.

But technology really begins to make a difference once those children grow older.

In Kenya, a revolutionary new program called eLimu provides tablet PCs to classrooms in many of the country’s impoverished classrooms. On the continent of Africa, Kindle sales have increased by a factor of 10 in the past year alone.

eLimu isn’t a nonprofit charity organization, either: It’s a startup company that actually plans to make money. Eighty percent of Kenyan parents pay for extracurricular education for their children, according to The Economist. Technology, then, isn’t only a tool for educational development, but economic development as well.

Of course, charities have paved the way in some regards. One Laptop Per Child, a global technology initiative, and Worldreader, an international education nonprofit, have distributed tablets and computers to many African nations. In Ghana, Worldreader found that tablets helped improve the reading levels of 350 test subjects in Ghana.

Apple recently announced that over 1 million iPads had been sold to high schools and colleges. In many situations, tablets replace textbooks.

Instead of carrying around three separate textbooks for three classes, students can download all the text they need onto one sleek, lightweight device. But tablets allow students to do more than merely read text.

Internet access is available to over 98 percent of American students. But most schools cannot offer a 1:1 student-computer ratio. With tablets—far less expensive and far more portable than desktop computers—Internet access is no longer an exclusive commodity.

Some pundits, such as Accenture’s Kishore Swaminathan, believe that we are only at the cusp of an impending education revolution. Nationally and internationally, Swaminathan believes that easily transportable yet high-tech devices are necessary to combine traditional text-based learning with the interactive learning becoming more and more necessary to succeed in a world moving towards connectivity.

He’s not alone. As “email it to yourself” is replaced by “store it on the Cloud”, students who need to create and save documents are beginning to use tablets with greater frequency.