Before its official launch at the next IDF 2013, have leaked slides of the Intel Atom Z3000 that will be used by the chip giant to promote its new weapon for the market of the tablet electronics. 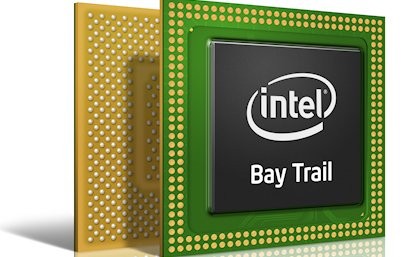 A market largely dominated by ARM designs with RISC developments being able to put on the ropes the world’s leading manufacturer of microprocessors, which Intel can not afford to Revolution mobility devices.

The Intel Atom Z3000 will be manufactured in 22-nanometer process technology that will reduce consumption and size of a SoC also double the number of physical cores (Atom first with quad-core) will have a frequency up to 2.4GHz leading to increased throughput estimated 50-60 percent over the current generation.

Also significant improvement in performance graph with a chip called “Intel Gen 7”. A development that includes features such as hardware acceleration, compatibility with Direct X 11 libraries and support for displays with resolutions of 2560×1600 pixels.

The Intel Atom Z3000 can handle up to 4 Gbytes DDR3-1333 RAM or DDR3-1067 MHz dual-channel memory, another improvement of the architecture, as well as consumption, but will be an interesting test section as it is the ARM’s strength.

In any case and according to the manufacturer, the Intel Atom Z3000 will be able to beat the most powerful SoC with ARM design, the Qualcomm Snapdragon 800 and NVIDIA Tegra 4, and both in performance and in graphics processing.