It is already published and available for download version of Linux Mint 16 (called Petra), one of the Linux distributions that has grown in recent times. 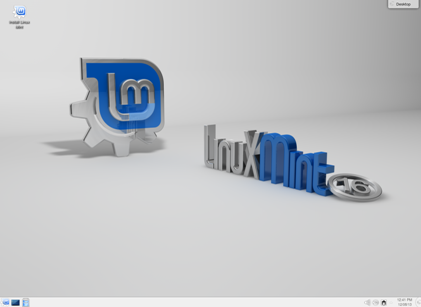 This distribution, like previous versions, is based on Ubuntu and has two desktop environments, Cinnamon and MATE, the latter created by Argentinian German Perugorria.

Mint is the distribution where many washed up after the change to Ubuntu Unity interface (which is still evolving), because it offers a choice of classic interface (horizontal bars tools, Windows type button to see all applications, etc.).

This latest version, in addition to being more efficient in the use of the resources of the system, load faster, improve management of users and the tools to manage and administration of windows (and react to locate them on the edges of the monitor, Widows 8 style), among other things. The rest of the code is not modified by the community of Mint is Ubuntu 13.10 (and actually using their repositories, like many other distributions).

Available to install as a 1.1 GB ISO file, and like most modern Linux distributions, you can burn on a DVD or a USB to use unmodified installation of the PC (Windows or whatever) and try it before deciding whether to be used for a longer time or not.