The rise of electronic devices with permanent connection to the Internet reached every corner of the home, and the TVs were not excluded from this trend. Known as Smart TV, offering additional services such as access to social networking, news and content via streaming. 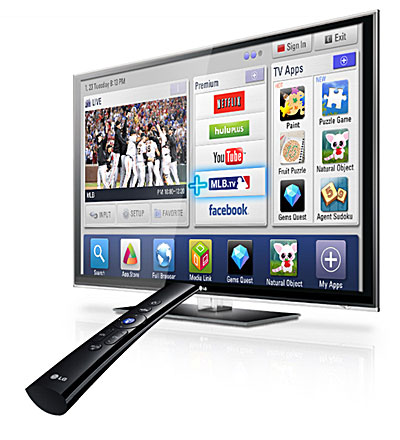 However, the behavior of your LG Smart TV caught attention to Jason Huntley, a technology consultant that thought it was strange that the home interface will show you ads related to the movies and series that he had seen. In this situation, the Smart TV connected to a computer to analyze the data traffic that had the equipment, and discovered that the team sent a detailed report to the headquarters of the company in South Korea.

The report specified reproduced from the contents on the screen and the buttons pulsing on the remote control, data that could have allowed the South Korean company to offer custom video ads according to user profiles. Even after this function disabled, Huntley also found that the LG Smart TV continued to issue these reports.

LG’s case rekindles debate on the scope with electronic devices to the increasing use of permanent connection to the Internet and the use of special sensors, such as cameras and microphones that identify the presence of the user. The cameras of the line of PlayStation and Xbox consoles are in addition to the potential risks to which users are exposed to malicious attacks to computers.

“Privacy is one of our priorities. We are investigating some reports about certain models of Smart TV that share information without consent”, a company spokesperson said, quoted by BBC.