Probably the most talked about gadget of all time, at least without any formalized its release to the widespread market, the Google Glass, will change the way of presenting products and make them known, as well as our daily lives so that we could seen in the promotional videos and evidence that have crept into the network. 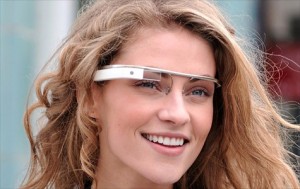 However, the expectation for Google Glass is not just something of the public, ie mortals we’ve been gawking looking at new project that we can change our daily substantially, but has also caused quite a stir among manufacturers, who want to create their future rival.

And after several attempts of large tech world make it clear that they will create a similar concept, with the addition that will be better (all just say the same, but will have to prove it then), now is Microsoft who thinks to create rival to the Google Glass. And while the news is new, truly no wonder. And does not the fact that Google and Microsoft are becoming grands rivals. Started by software that was what google Android was ahead, but have gone to the world gadget with its own tablets and phones.

Microsoft plans to create rival to Google Glass and probably see them next year, but we’ll see where this ends, but I get the impression that there will be many more Google Glass of demand will accept. But hey …. we’ll see how many actually end up being so.