The Japanese Nintendo has realized that their competitors are gaining much ground in the world of online games. Hence, the company announced the launch of Miiverse, a kind of social network users with the new Wii U aims to counter the brand to other already established such as Playstation 3 or Xbox, Sony and Microsoft respectively. 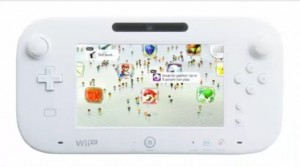 As explained in the presentation of the system the president of Nintendo, Satoru Iwata, “Its can not only connect people in a better way in the same room, but also connects people from room to room more attractive”. It is precisely what you want this new system, trying to win converts in the Wii U, which will present its final model from this same show.

The new social system will know which applications are using the Mii (the avatars of the console) and improve communication between players. Basically there will be a written messaging system which can add expressions to the faces of avatars to offer a touch of dynamism and uniqueness. In addition, as it could not be of another way of face to compete with other communication systems, Miiverse will allow you to make video chatting between users.

Furthermore, Iwata pointed out that in the future Miiverse will be available for other devices like smartphones, which could open the door in the face of the brand offer other mobile devices from other companies. Since the company has stated that the new platform “players can challenge their friends to play together, ask questions about a level where you have got stuck or discover new elements of your favorite games that had failed to unravel”.

Nintendo has explained that it is “the social window” of the console, but other brands seem to have a comfortable lead in the field of video games on a social level. Will Nintendo overcome that advantage by Miiverse?