We live in a world of screens, but there are many, and we have seen them being protagonists of many types of gadgets. However, so far, of technology that carry e-readers, which save us battery and at the same time the view gets tired less, had not come out of its sector. And as this was the case so far, because now Pebble is willing to change things, as has shown in the CES 2013. 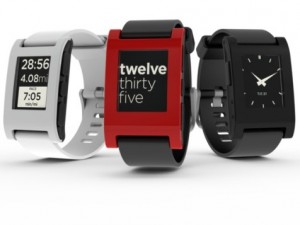 Pebble is a watch with e-reader screen which we have seen long ago, but that moment was only a prototype and now finally going to become a reality. Thus, it will be released at a first moment for those who supported the idea on Kickstarter, and later will do so for the rest of the world but still there is no date not even official price.

What if we have clear is that when they released this watch with screen e-reader, Pebble, will consumers have in the market an alternative to the already known smartwatch that connect to our mobile terminals with a much greater range.

Among the other advantages of this accessory it that your watch is fully customizable and that it will also be able to interact with the apps that you have installed on the terminal.