In mid-2011, the Raspberry Pi Foundation presented what had been promising for several years: a low-cost microcomputer developed with the objective of making available to all new technologies and to spread learning of programming. 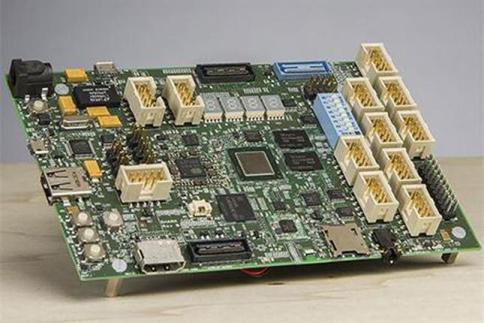 This initiative, thanks to its low cost and its spirit open source, achieved widespread throughout the world, especially among programmers and fans, which began to develop a community and an entire application environment and new utilities around this small plate inexpensive hardware and open source software.

Three years after its launch, Raspberry Pi has sold more than three million microcomputers in a value ranging from 30 to 40 dollars, depending on the model.

With this success, Microsoft quickly convened to the hardware manufacturer CircuitCo to develop a microcomputer that could confront the progress of the Raspberry Pi. The result of this collaboration was formalized with the launch of the Shark Cove, a small size device, and high throughput and relatively inexpensive.

The brand new device released by Microsoft consists of a small tablet powered by Intel Atom Z3735G processor more than 1.33 GHz, 1 GB RAM, a disk storage of 16 GB and an entry to insert MicroSD type memory. In addition, it also has HDMI input for cable integrated sound board, a USB port and a Micro USB for power.

The interesting thing about this project is the effort that put Microsoft in which the Shark Cove gain ground within the community of developers, both software and hardware. To do this, the Redmond Company incorporated within this microcomputer an image of Windows 8.1 with a version of the Windows Driver Kit 8.1 and Visual Studio Express, two tools for developing applications and drivers compatible with the tablet.

The Achilles heel of this tablet may be the price. Although, as we stated above, a computer with these technical specifications to $300 is relatively cheap. However, if compared with the 30 or 40 dollars that Raspberry IP costs and the greater community to this project already has, the price of the Shark Cove can be somewhat daunting for developers.