If we are already talking about new cars that drive alone; why not also stroller for babies do the same?

A group of technology entrepreneurs already work on it. It’s called Smartbe and is an intelligent stroller following the mom or dad, by a motion sensor, which allows parents to keep their hands free. 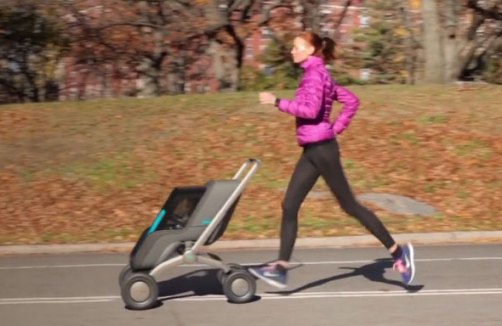 The project just debuted on the website Indiegogo for massive funding, which seek funds for its development. If all goes as planned, the company will put the Smartbe on market in April 2017, to an estimated price US $3000.

The Smartbe is compatible with iPhone and Android devices, and has a battery life of six hours.

The stroller can be used in three ways: manual, with power propulsion – the mom or dad pushed it and also uses the motor – or in standalone mode. In the latter mode, the stroller walks alongside the father, and is also able to run with him. If he stops, it remains a few feet away from him.

“All technologies used in Smartbe have already been used and tested extensively in other industries, so we are optimistic that we will meet our goals of release”, promises the company, based in New York.