Presented two years ago, MYO is a smart bracelet developed by the Canadian company Thalmic Labs that allows control systems and electronic devices by the movement of the muscles of the arm. This type of gesture control began to be used as a new gamepad for video games as well as a futuristic interaction in the way we interact with virtual objects. 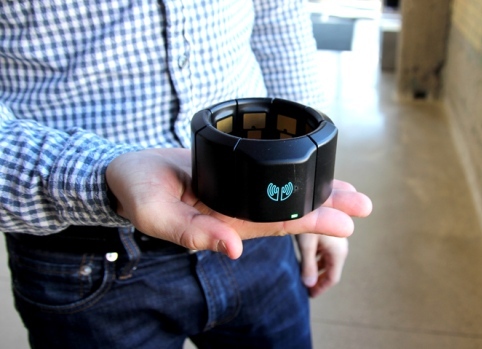 As often happens with other technologies, the performance of the MYO bracelet went beyond its main objectives, and researchers at Johns Hopkins University managed to find a different application, as the main part of a bionic arm. With this device they managed to create a system that allows a patient to control prosthesis of a patient by moving the arm muscles.

The MYO bracelet captures arm movements and transmits this data to a computer. After analyzing this information, the system tells the movements to the prosthesis. “This robotic arm is unique, its natural movements are not compared to other developments that I’ve tried”, said Johnny Matheny, who lost his forearm by a cancer and now tested the system.

Unlike other initiatives, the development of Johns Hopkins University is not invasive, uses a smart bracelet that is available on the market for $200 and its creators, Thalmic Labs, announced a kit for developers in order to promote this type of initiatives.