The battle of the OS also continues on the grounds of the tablets where the iPad is no longer alone in the world and where Android tablets are beginning to seriously threaten its hegemony. Without counting that Windows 8 arrive. 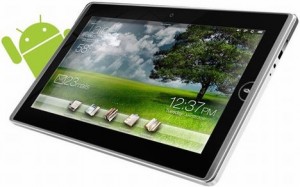 Over the past three months, 14 million iPads have been sold. Of sales apparently less good than expected. One reason for this, the enrichment of the offer in terms of Android tablets, passed with 10.2 million copies.

“Android now wins 41.3% of the tablet market, says Strategy Analytics Neil Mawston, against 29% last year”. Of course no manufacturer arrives to compete with Apple on its own, not even Samsung, but the Android community is growing with many influential players like Asus, Nook and others.

As for Microsoft, it keeps for the moment that 1.3 % of the market, but view the offer which is announced at the end of the year in terms of Windows 8 tablets, things should change quickly.