Google have just attacking where it hurts the most: advertising. And according to information that just offered several partners who are testing the new system of Facebook, Facebook Exchange (FBX), the social network advertising works much better than ads on Google in web browsing. 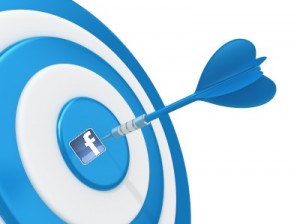 The data are quite impressive. According Triggit Inc., which makes software to help Facebook to offer these ads, FBX generates an economic return four times greater than other similar systems. From AdRoll, for its part, say that if well before the advertisers earn approximately $10 for every dollar invested, in FBX earn $16, according to BusinessWeek.

This is certainly good news for Facebook, whose market value has only to fall (except the last few hours) since it hit the floors in May. Advertising is a key issue for social network because it depends partly monetize that achieves the nearly 1,000 million users. News like this could attract more advertisers to Facebook.

The idea of Facebook with FBX is similar to Google, taking the user’s browsing habits as a reference when providing ads. If indeed it is proved that the Facebook system works better than Google (the data of today have, at last, after all, partners of Facebook), a new technological warfare, is in the field of advertising, could be about to begin.