Top 500 creates from time to time the list of the fastest computers in the world. Until recently this same title was held by the K Computer, Fujitsu, however in the final list has again crown IBM through its Sequoia supercomputer. 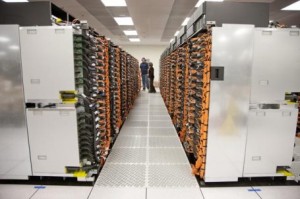 It is installed at the Lawrence Livermore National Laboratory belonging to U.S. Energy Department in California and recently became the fastest computer in the world. Its processing capacity is 16.32 petaflop per second, that is 1.55 times faster than the second ranking (10.51 petaflop/s) with its 1.5 million processors.

Besides its creators have highlighted its energy efficiency as it consumes 7.9 megawatts compared with 12.6 megawatts consumed by Fujitsu K supercomputer, which is installed at the RIKEN Advanced Institute for Computational Science (AICS) in Kobe, Japan.

Third placed has the Mira supercomputer, also IBM and located in Illinois, whose processing capacity is of 8.15 petaflop per second with a usage of 786,432 processors.

This is the 39th edition of this list that is produced twice a year and it shows both the power of computers and historical improvements in processing and energy efficiency.