We like crazy waiting for the other manufacturers present their new models of consoles. We speak of course of Sony and Microsoft, with their XBox 720 and Playstation 3. 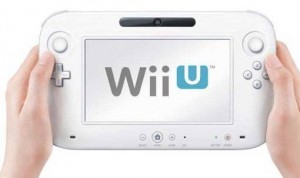 However, precisely because the renewal is already taking too long for some, especially for those who believe that the hardware of the consoles should change much faster than it does, this should be a good time for Nintendo, with its new Nintendo Wii U.

But not everything is always as expected, and the reality that faces the Japanese firm is very different, while its Wii U is not selling as expected in any of the markets where it is available, but they are reluctant to lower the price, which would be the most logical view to revive sales. And in addition to damaging the image of the brand, which is damaging to retailers is that at first pushed for the launch of the new Wii U.

The Wii U is being a failure that Nintendo does not assimilate and while the Japanese manufacturer clams up about what should be done to turn around statistics, retailers have begun to make their own decisions to get rid of stock that have over the new Nintendo device and it is likely that in the coming months see special deals with a commitment to significantly reduce the price of the device.

So if you buy a Wii U thought maybe it is advisable to wait a bit because you might regret paying more than what the market is willing and give you face with it in hand and with a super offer no longer that you are going to be able to take advantage.