The technology fair CEATEC 2014 that is being developed in Japan, Toshiba surprised everyone with the staging of the so-called “Aiko Chihara”, a receptionist by other remarkable. Why? Because it is a next-generation programmable robot. 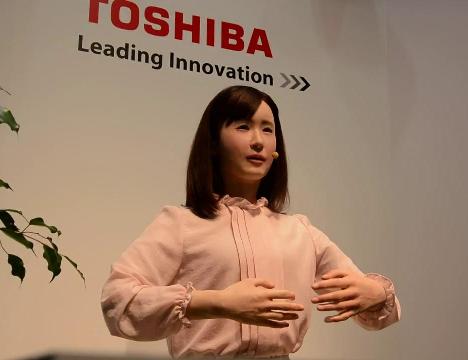 It is an android with the ability to communicate through sign language and voice that combines well with the movements programmed by their creators. The robot is very similar to a human’s physical characteristics.

Just in the last month that Toshiba put in scene to Aiko, after specifying the functioning of 15 actuators in the area of his head, which gives it the chance to carry out facial expressions. It also has air compressors in synchrony to give smoothness to the movement.

The only flaw is found that for the moment it can only communicate in Japanese. Anyway, its creators said that soon it will also be in English.