DynaOptics, a start-up accelerator driven by StartX from Stanford University, recently presented a prototype of objective which would make it possible to increase the optical approach of cell phones cameras without having to increase the thickness of the device. 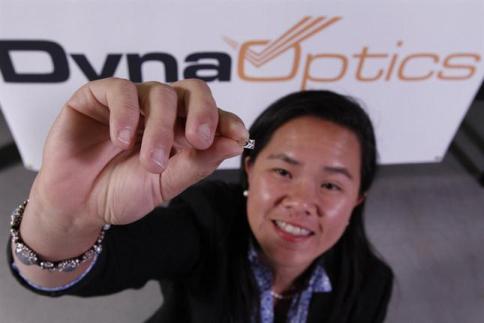 Unlike the traditional models present in models such as Nokia 1020 or the recent iPhone 6, with lenses that protrude slightly from the housing of the equipment, DynaOptics uses a pair of glasses asymmetrically.

The mechanism dispenses with the current system of longitudinal movements, which prevents having a larger zoom without affecting the thickness of the smartphone or tablet.

The start-up hopes to have ready a prototype sample for production line at the beginning of next year, and they plan that their development comes to the smart devices for ends of 2015.

At the time, many of the targets for increasing the increases in digital cameras of smartphones and tablets were composed of small accessories that were annexed by the lens.

The proposed DynaOptics is not the only, and has a history of Corephotonics, which proposes a different scheme: two lenses, one fixed with a wide field of view and a narrower, for those distant shots. Then, image processing is performed digitally by software.