When the time comes to get a new television the decision is now harder than ever before. With so many good looking and decent value models around for you to choose from there is a real risk that you end up spending your money on a TV which isn’t that much better than the one you want to replace. So what three factors do you need to take into account in order to make your new television your best one ever? 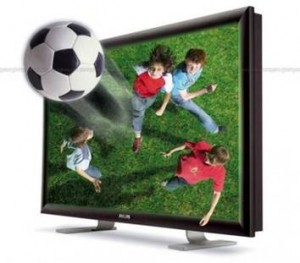 A Big Screen
The last few years have seen an explosion in the number of big screen television sets on sale. You might think that the size of the screen is a bit of a gimmick but once you try it you will see how much it adds to your viewing pleasure.

This is an especially important point if you find that you sometimes strain your eyes to watch a smaller screen or you watch TV in a big room. Of course, the fact that a giant TV looks so good just adds to the appeal.

High Definition
The advances in modern television transmission are perhaps best seen on a high definition set. The stunning quality of the image you see will make you wonder why it has taken you so long to look at one of these models. There are lots of programs now available in the HD format and whether you love to settle down with a good film or get your friends round to watch a big game you will enjoy your viewing even more with HD.

3D Format
Perhaps one of the options you aren’t thinking about seriously considering is that of choosing a 3DTV. The biggest reason that so many people seem to neglect to take this format into account is that they wonder whether there will be any programs for them to watch on it. Either that or they think that they will need to wear some rather silly outsized cardboard glasses while they are sitting down watching it. In fact, neither of these things is true.

For a start, you won’t need any glasses with colored lenses to see some startling 3D action these days. Secondly, you can expect to see a lot of exciting action on the likes of Sky’s action packed 3D channel. Here you can watch top Premier League games in an entirely new way or look out for films while will have you gasping in amazement or recoiling from the action which jumps out at you.