Researchers at the University of St Andrews (Scotland) have developed a new monitor for your computer able to tell your boss if you’re paying attention to the work that you’re doing. According to its creators, this new system would reduce distractions and increase productivity of the working day. 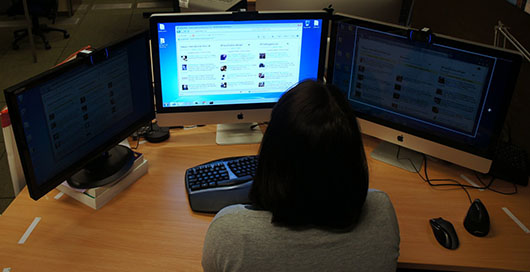 This new device, called “Diff Displays”, is based on a camera placed on the computer screen that is able to identify whether the worker’s eyes are focused on the screen or not, according to ‘Daily Mail’, which further explains that this technology could be applied to measurement techniques for television audience (could be controlled if the viewer is consuming or not the ads actively).

However, their creators have wanted to clarify that this is not a device designed to control employees, if not, rather, to ensure that the worker does not lose anything of what’s happening on his screen. They point out that this device could be very useful in the centers of air traffic control, where employees have to be aware of several monitors at a time.