This experimental model seeks to combine the wearable technologies by using a camera and a face recognition system that activates the behavior to be adopted this particular clothing. 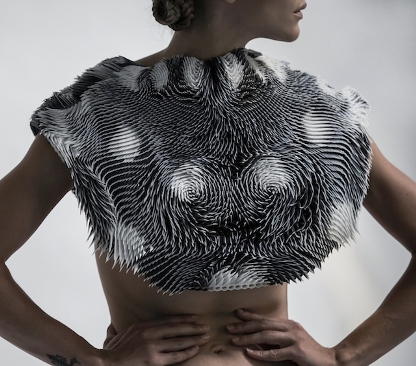 In a cross between wearable technology and the various techniques of making new costumes, the architect and designer Behnaz Farahi presented a shirt created with a 3D printer that can change shape depending on the looks you get.

This curious prototype, developed jointly with Autodesk and Pier 9 workshop, ductility advantage that has the fabric produced with a 3D printer, using a camera and facial recognition system, change its shape and design based on the look of others.

Farahi also has other similar projects, with a prominent use of 3D printers, as Synapse, a helmet that is illuminated according to the cerebral activity, or customizable necklace, which had the assistance of the musician will.i.am.