Several companies seeking to develop features that will help unsuspecting pedestrians; Apple just released an order to patent a technology that allows you to see what is behind the phone. 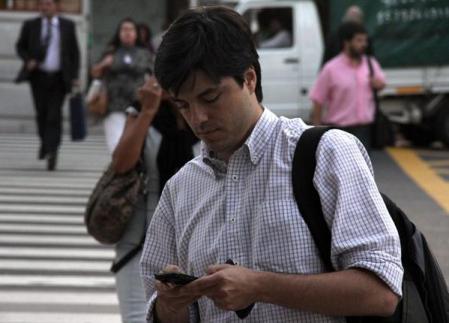 Are you one of those who can not stop looking at the phone even when you walk down the street? You’re not alone. Due to their inherently mobile nature, smartphones are often used while walking. This is fine for voice calls, but it is problematic for actions that require visual attention as reading or writing text messages.

Apple just introduced to the U.S. authorities an application to patent a technology that offers these users a safer and easier to type messages and walk at a time without bumping into a pole or other transient.

This is an iPhone that is “transparent” for messaging operations to activate the camera while you write or read.

For this, the bottom of the screen while you write or read show video images continuously captured by the rear camera of the iPhone, according to a patent application filed in the Office of Patents and Trademarks in the US last week.

This would create the illusion that the phone, or at least the screen, is transparent.