The company led by Jeff Bezos introduced his team play multimedia content such as TV shows, movies and music that allows; also has an accessory that allows access to video games. 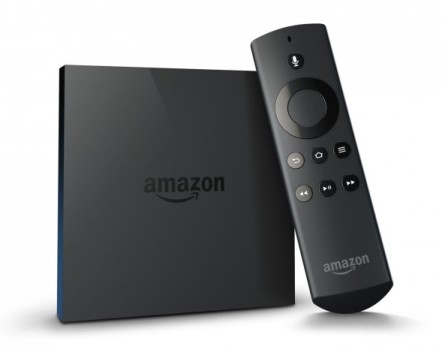 Amazon introduced the Fire TV, the device that allows you to play multimedia content on the TV, such as TV shows, movies or music, many of which are present in the online catalog of the company led by Jeff Bezos. With this announcement, the Fire TV is positioned as a competitor to devices like the Apple TV, Roku Streaming Stick and Google Chromecast.

To avoid using a keyboard, Amazon equipped its remote control with a microphone, so that allows the user to search by voice. Based on Android, the Fire TV is available at $99 in the Amazon online store, and can also be converted into a home console if we add $40 to acquire a control of wireless gaming controls.

With Fire TV, the online retailer Amazon adds more electronic device to its line of equipment, consisting of the e-book reader Kindle and tablet Kindle Fire. In terms of performance, this media center most resembles in design, performance and price to the Apple TV.

In turn, the company notes that the Amazon Fire TV differs from the connectors as the Roku streaming stick at $50, and Google Chromecast at $35, to offer a wide range of multimedia content and a better experience of use, with better hardware configuration segment.

The Fire TV features a quad-core processor and 2 GB RAM, and offers the ability to access various online streaming services beyond the Amazon catalog, such as Netflix, Hulu Plus and Internet video platform of Google, YouTube, among others.