Amazon announced his cellphone, supplementing the supply of e-book readers, tablets and media players with the online sales giant expands its presence, and which had been talking about for a long time. 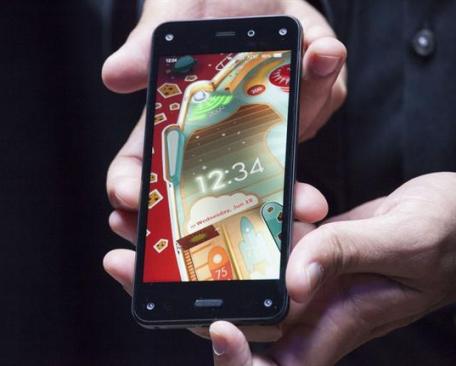 The Fire is a smartphone which, like the tablets of the company, uses a modified version of Android (Fire OS 3.5), and is supplied with a store of alternative applications. It also has access to Amazon content (books, videos, music) and have unlimited photo storage in the virtual folder of the company.

And offers a user interface such as the iPhone, changes the perspective as to tilt the phone (using the parallax effect, creating the illusion of seeing an object in three dimensions on a flat surface). This effect, however, is used in the entire device, and not only to the applications tab, as in iOS 7. Thus, in a map by tilting the equipment modified the perspective with which a building is seen. In addition, iOS 7 uses 2D elements, while the entire dynamic perspective phone Fire is calculated in 3D.

This also allows the gradual advance in the text of a Web page or a book without touching the screen, varying the tilt of the phone, something similar to what Samsung has in his last Galaxy.

For this uses four infrared cameras in the corners of the front of the phone, reading the position of the face to the screen, and its distance from the phone (to determine if it is too big or small object to be the head of a person, for example). Work even in the dark. Developers will have access to these cameras to create applications that take advantage.

The phone uses accelerometers to recognize some gestures that trigger actions; here, the style of Moto X, which activates the camera phone if you shake it three times.

The Hardware
The phone Fire has a 4.7 inch screen (1280 x 720 pixels), 2GB RAM, quad-core chip at 2.2 GHz (Qualcomm Snapdragon 800). The structure is defined by two sheets of toughened glass (on the screen and in the back) and aluminum buttons. Also, a 13 megapixel camera with optical image stabilization and f2.0 lens. And Bluetooth, GPS, Wi-Fi, NFC and support for LTE networks.

According to Jeff Bezos said during the presentation, has a very bright display (590 nits) and with dynamic contrast and polarization to improve their visibility in the outdoors contrast.

The smartphone also includes support for Dolby Headphone and magnetic connection and, of course, access to all content services of the company (in addition to others).

It has been said that the Amazon phone is another vehicle to cater to users of Amazon Prime (premium delivery service in the United States, and are the biggest spenders in the Amazon store). So much so that the Fire phone includes Firefly, a button on the side of the phone which activates the camera and allows to recognize text, a QR code, the title of a book or the audio of a song; according to the company, is able to – connected to the Amazon servers – recognize 100 million objects. And it will offer to buy some in the Amazon store.