A development of a group of German researchers could change the way the cell phone cameras are built. The study, published in the Journal of Optics, describes an alternative way to construct the diaphragm, the element behind the lens determines how much light reaches the sensor – or film – varying its opening. 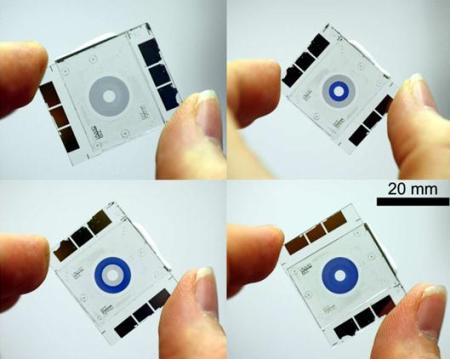 Researchers from the University of Kaiserslautern created an ultrathin device (55 micrometers thick) made with concentric circles made of two layers of glass in the middle of which is a electrochromic materials, ie, which darkens or lightens at will, when it receives an electrical signal. So you can change the aperture, but regardless of mechanical elements.

“Our results show that this electrochromic iris can be used in principle to control the transmitted light and focus”, said one of the researchers, Tobias Deutschmann.

The researchers note, however, that still need to speed up the time that takes to material change of State so that it is closest to mass production.