Facebook is now a company that apart from having a social network and social applications and more used in the world conversation, has a solar plane. It’s weird to think Facebook as a company with aircraft, but it is. Aquila, the first solar plane that will be connecting to the internet, has lifted the flight for the first time. 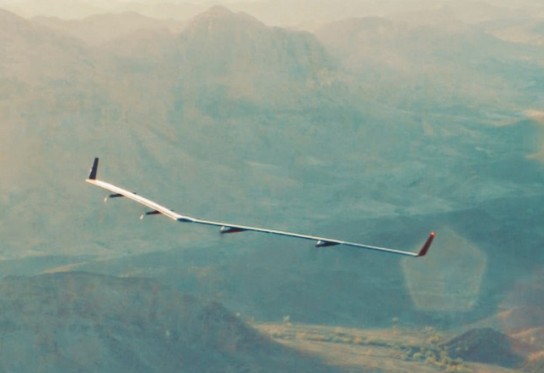 This is the first public evidence of the Facebook idea to create a network of solar aircraft that will fly over areas without internet access or phone to give them connectivity. That is, rather than the typical phone towers that we see in all cities are installed, these aircraft will make the towers.

Aquila was able to maintain for 90 minutes in flight over the skies of Yuma (Arizona), where Facebook is conducting tests to be a deserted area. And do not think of this aircraft as something precisely fast. It measures 43 meters wide, 8.5 meters longer than a Boeing 747. It has four engines that need only 2,000 W power, similar to spending 3 lit fans. That’s why it flies at the minimal possible speed. It is built of carbon fiber and weighs only 400 kilos.


And how can such a big, light and slow plane give Internet connection to large rural areas? Thanks to communication guided by laser, a system so precise that can point to the point that you want to a distance of 16 km. A tower will emit the signal to the aircraft, which will handle this issue to the population at a height of between 18 and 20 km high, above the airspace covered by where travel the aircraft.

This aircraft is part of the effort that Facebook is doing to provide internet connectivity to remote rural areas, where there is no basic internet connection or even where no mobile coverage reaches so far.

This is the idea of Facebook to connect the next 1,000 million people for free, perhaps with the idea that can then be social network users, but it is still a daunting and very important operation for remote rural areas.