Researchers at the University of Washington developed a system that detects and recognizes human gestures based on WiFi signals. It is an alternative to current systems based on the vision of gestures such as Kinect. Users could control different appliances with a simple gesture with the hand from any room in the house. 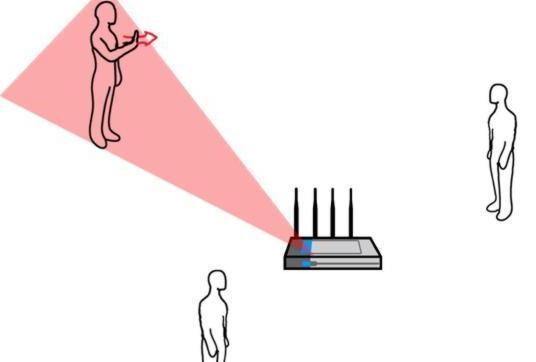 The gesture recognition systems have led to a revolution time for entertainment. This type of system, like for example Microsoft Kinect, let users play certain video games without the need to use a remote control is his own body that acts as a controller.

For the new generation of Microsoft console, Xbox One, integration with Kinect is much higher because not only serves for gaming but also for various entertainment applications such as television.

These systems are based on the visual detection of the individual through a camera installed in it. However, researchers from the Department of Computer Science at the Washington University (USA) have discovered a new system for recognizing human gestures through WiFi signals.

According to the BBC, the system called Wisee is an alternative to systems like Kinect, because with a simple movement of the hand from any room in the house would allow, for example, control the temperature of the air conditioner or change music on the stereo in the living room while cooking.

To accomplish this, researchers have experimented with the Doppler Effect, the manner in which changes in frequency of a wave at a point is observed depending on the source of the wave motions. The team has said that a wireless router can be used to detect changes related to WiFi signals, electromagnetic waves, as reflected in the movement of the human body.

Through the use of a specially developed software algorithm, the researchers say that able to distinguish nine types of movements, including a pushing movement, a blow, a circular movement of hand and a kick. To demonstrate the system, the team conducted tests in an office and a two bedroom apartment.

They claimed that their system is able to correctly identify 846 of the 900 made gestures, representing an accuracy rate of 94 percent. Also to prevent the system being triggered by unwanted gestures and even there is the risk of a ‘hacker’ to take control of a target teams, researchers have suggested a password system that would take the user to repeat four times a pre-set sequence of gestures in order to have his team ready to execute a command.

“Unlike other gesture recognition systems as Kinect, Leap Motion or MYO, WiSee infrastructure requires no instrumentation cameras or devices by the user. WiSee not require any changes in existing rules”, said the researchers. Moreover, with a single device, a wireless router, you can control the whole house.