Synchronizing 98 tiny cameras in a single device, electronic engineers of Duke University and the University of Arizona have developed a prototype of a camera that is capable of creating images with a resolution of 5 times higher than the human eye. 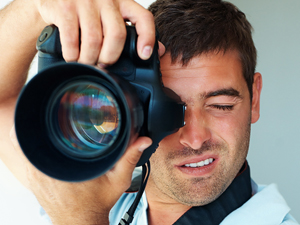 The device captures data up to 50 gigapixels (50,000 megapixels), a milestone for photography when you consider that the ability of cameras sold today in the market is usually between 8 and 40 megapixels per image – pixels are individual data points in an image, so that a greater number, the higher resolution.

“In the new device, each microchamber captures information from one area of the field of view and the attached processor in a single image”, says David Brady, co-author of the research. The camera occupies 75 square centimeters, and only 3% of its content corresponds to optics. The rest are electronic and computer components needed to assemble the captured information.

Researchers believe that within five years the components of the device will be small enough to be marketed and lead to a new generation of gigapixel cameras to the public generally. “The lens is not the problem: we have the best lenses, what we need are electronics and smaller and more efficient processors allow photographers to carry around,” says Brady, who has made known his work in the journal Nature.