Koreans of Samsung and Americans of Apple continue to brawl by courts throughout the world. Recently a federal jury in United States has condemned the Asians to pay $1,000 million of compensation (about 800 million euros) to copy the technology of the Apple in some of their models. What do you think? Do you really think that Samsung has copied Apple technology or simply it is a natural development of touch technology? 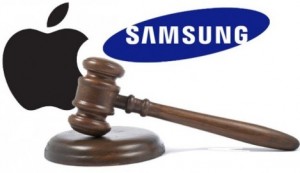 According to the judgment itself violated the Korean company “intentionally” several patents of the apple company, among which the famous iPad and how to zoom with two fingers. Samsung, after hearing the court’s decision to appeal the ruling said that “it is a pity that the patent law can be manipulated to give a company a monopoly on the rectangles or the rounded corners or on the technology that is being every day improved by Samsung or by other companies”.

In any case, what it is true is that, following the launch of Apple’s iPhone in 2007 and the subsequent iPad, the company revolutionized the market of portable devices and made other companies reacted by launching their devices with touchscreens, applications, new operating systems, and so on.