Yesterday Facebook began deploying a new look, inspired by the mobile version. When accessed from a PC to the Facebook site, the users will have a new general view of news, simplest and that privileges the size of the images. 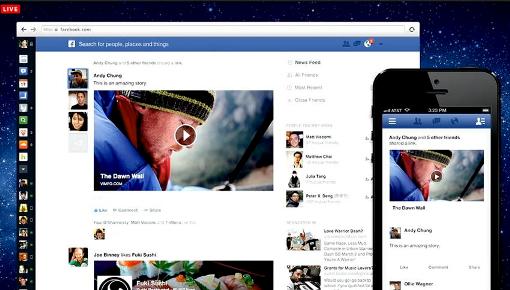 “Last year, we experimented with a complete redesign of the News Feed for computers and mobile-explained from the company. People who tried told us they liked the pictures and large pictures of the desktop version, but do not found any more difficult to browse the site. Today we are developing something that we believe that it is the best of both worlds; new design retains some of the old stuff, but it has great images and photos as well as some other settings. The current design for mobile remains the same”.

In the English version, in addition, the search box will allow make queries in natural language to search certain types of friends (singles, for example) rather than deliver results only by the presence of a keyword.

The new view of Facebook for desktops will be available to users gradually during this month.