New apps are released for augmented reality device Google Glass, which will be released next year, and that is in testing phase in which developers are creating restarting services and applications that will integrate the system once put on the market. 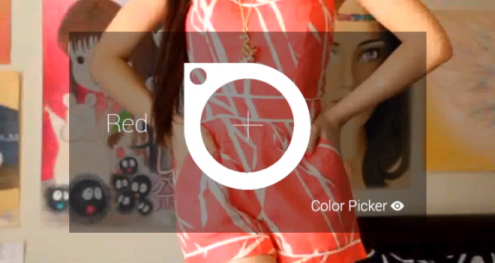 One of the latest and most exciting created has been Color Picker, an application created by Jonathan Martin Brizio and is designed for people who suffer from color blindness. By using it, the device warns the color that is directing their gaze and a particular point.

The application works easily. Simply stated whether something is red, green, yellow, or brown, but does not extend the chromatic scale or even change the color of the objects in such a way that the user appears properly. The creator said that Color Picker is very useful and believes that may even help people match clothes.