Mowayduino is a robot that anyone can operate and program, from a crazy new technologies even a small child. The aim of this project, funded by “crowdfunding”, is to “explain everyday situations of everyday life which we take for granted, but we do not understand”. 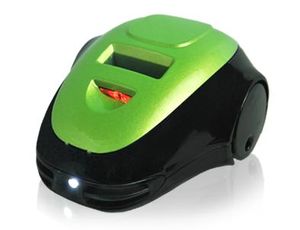 “It is so simple it does not need anyone to show you. No age limit, only requires that the user knows how to read”, explained the responsible for Mowayduino, which works with the Arduino open source hardware platform, as well as programming languages Scratch and Python (both open) and Java. Its creators have taken advantage of the trend toward open source that exists throughout the world to create a robot that allows anyone to access their bowels.

Behind the initiative is the Spanish company Mini Robots, dedicated to the educational robotics and based in Bilbao. This little robot, that moves across the ground and looks like a vacuum cleaner, is born to represent small elements of technology that have improved our lives, such as accelerometers, which rotated the screens of “smartphones” and “tablets”, the light sensors, which illuminate the public lighting at a certain hour, and the obstacles, such as the already helping many drivers to park their vehicles better. .

Mowayduino creators explain that it provides to its users, in addition to all these little technological knowledge, the ability to develop both their skills and imagination as their sense of logic. A teacher could use in their classrooms for the planning and problem solving-how to run a maze, how to transport goods from one place to another-and discover that there may be several solutions to the same question and all valid.

Mowayduino has four obstacle sensors, one light, a battery with autonomy of two hours that can be recharged via USB, a module that receives and sends Wi-Fi signal and a microphone, among other things, as well as a slot on its top that allows incorporating other devices, for example, a small video camera.