With special features, Google introduced a new mobile phone with Android, away from the big screens and powerful processors with typically used by competitors to differentiate them in the market. In particular, this smartphone boasts depth sensors and 3D cameras for developers to measure and map the initiative within the company called Project Tango. 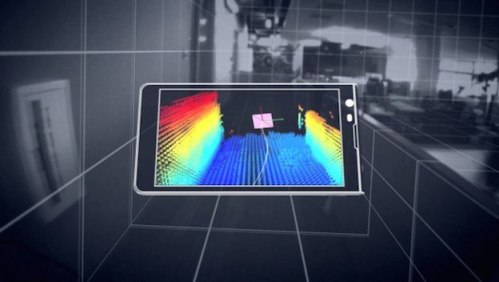 As part of the Department of projects and advanced technologies, one of the sections that retained the sale of Motorola to Lenovo, Project Tango aims to help developers with a phone with special sensors that allow them to scan and easily recreate the dimensions and spaces the real world. “The greatest achievement is the ability of mobile devices to understand the movements and spaces”, said Johnny Lee, head of the Google initiative.

As an example, Google specifies that this technology opens the door to potential applications, such as taking the measures of a piece of furniture with just focus the camera from various angles until you can find a product in a gondola in particular within the facilities of a supermarket.

Google already has prepared about 200 mobile phones equipped with these sensors, ready to be sent to developers from 14 March. Thus, this device will be a tool that will add more resources when making maps, applications and new ways of interacting with the environment.

Project Tango will also allow developers to leverage the features of your camera, equipped with a guidance system and a depth sensor to create new applications based on the technology known as Augmented Reality. Thus, its use could be used in both games and resources to guide people who are not familiar with a particular environment or have decreased visual capacity.