Google has just launched Google+ update for iOS. Almost a month has passed since the company made public that he was working on an improvement that would allow to backup photos and video in high resolution. 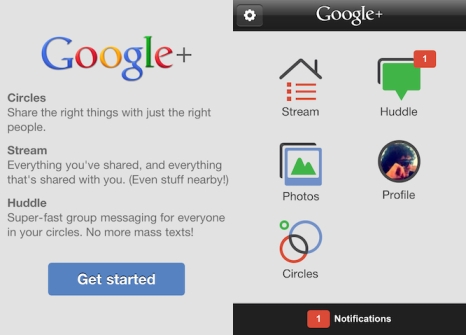 Well, Frank Petterson, announced in his Google+ account that was already available for download in App Store. As we said about the improvements that have been made, other than a redesign of the notification tray, which is more in keeping with the style of iOS 7, there is the possibility to users only and exclusively with iOS 7 system, you can make backup copies of your photos and videos at full resolution.

Other innovations brings this update of Google+ are: includes the location service, which Android already available, you can publish and share with friends geographic location, allows instant translation of publications and reviews, and a search system unified in terms of people, groups, publications, photos and videos.

Finally, to say that there have done some minor progress of correction of errors and performance.

Google secures with this update for the convenience of users be sure the fact that they are making a backup automatically on the web capture everything with their devices.