Huawei launched its biggest offensive against Samsung and Apple with a family of large-screen smartphones (phablets) that promises to shake up the market in the coming months, starting with the upcoming holiday season. 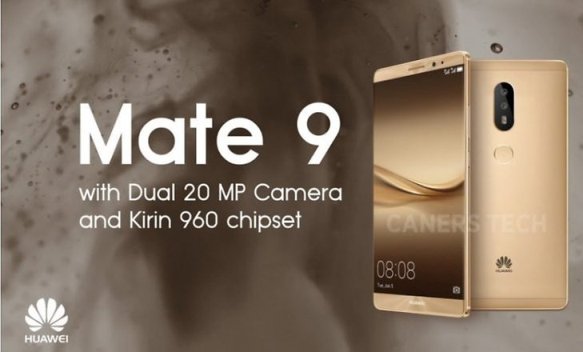 Pending a test in depth, new Huawei Mate 9 presented today in Munich (Germany) climbing the note of earlier models of the family in quality of the two cameras: the main set of 20 megapixels and 12 megapixel front, both lenses guaranteed by the German manufacturer Leica, with whom they boasted alliance with P9 model.

Among other details, the camera of the new Mate incorporate a powerful image stabilizer (OIS), 4x optical zoom, laser autofocus system and performance of depth of field and contrast, only within reach of optical dually like the one that this model arranges.

The battery life of the Huawei phablet raises level to 4,000 mAh, which allows intensive use of the device for 24 hours without fear to not get loose at the end of the day. Thus, with each load, Mate 9 battery allows viewing 20 hours video, 20 hours 4G navigation, as well as 30 hours 3G calls and 105 hours uninterrupted music. As it is becoming common in high-end smartphones, fast charging (400% faster than the iPhone 7) and USB-C system begin to turn into one happy commodity.

Power equipment, 4 or 6 GB RAM, is strengths of a terminal that focuses on the technology, through the Kirin 960 quad-core chip. With these features, the Mate 9 ensures that improves the efficiency and speed in handling the app over its competitors. Thus, WhatsApp works on the new Huawei 49% faster than the iPhone 7 plus and 18% more agile than the Samsung S7 Edge.

The storage capacity and processing power determine the price of the equipment, either 64 GB, 128 GB or 256 GB hard drive. The new creature of Huawei also improves the resolution of the HD screen, now 5.9 inches (with 1920 × 1080 pixels). Regarding its design, the new phablet will hit the market with six different colors, including white ceramic, champagne gold and Mocha Brown.

Recipes for success
Apart from the products technical characteristics, Huawei transmitted to the market that its efforts to lead the market in five years will very seriously. In fact, this term to achieve the global throne could be shortening if their own successes with others’ mistakes occur. In this case, Huawei employs in its offensive against Samsung and Apple the same weapons that use the two largest manufacturers of mobile world: technology and marketing.

The Huawei Mate 9 hit the market in the coming weeks, before the Christmas season, with a price of 699 euro for the version of 4GB RAM with 64GB internal storage.

In addition, the manufacturer took the opportunity to show the Mate Porsche version, with curved and smart touch screen, digital fingerprint recognition system common with other brands. With 8 GB RAM and 256 GB internal storage, the price of this model, the most Huawei premium reaches 1,395 euro.