Apple made us believe that the four inches were the optimum screen size. Until the autumn of 2014 that was their mantra. While other manufacturers, especially Samsung, began to be tested beyond five, even came to create a hybrid category between mobile and tablets, phablets, the Cupertino maintained their proposal. With the arrival of the iPhone 6 and 6S, changed the philosophy, but never put aside, 5S, 5C and now with iPhone SE, the most popular mobile size. 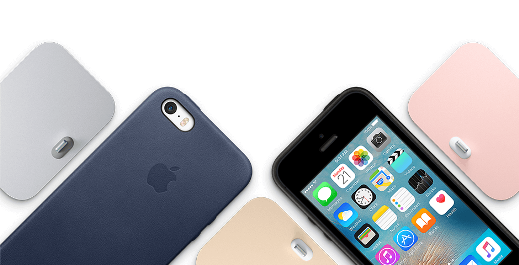 The movement of Apple reinforces a trend: in 2015 only sold 30 million iPhone with this size. Keep the design but adds the two most significant improvements of the models presented in September: A9 processor, with more power and lower fuel consumption, as well as the camera, 12 megapixels and excellent performance. Two points that put them a step ahead of competitors and certifies that the cycle of launches of new technologies is increasingly short. The model theoretically more modest than its catalog has the same brain and makes the same photos that the most expensive.

What underlies this philosophy is clear: make the experience of using IOS, the operating system is much more uniform, would have the appliance you have. IPhone is compatible with Apple Pay, its payment system, and ensures future updates in a reliable way, without feeling that the mobile age as release a new version of the software.

The initial 16-gigabyte version will fall short of space as soon as you start playing with the camera and explore the possibilities of video. The 64 gigabyte model is much more advisable, even if it means an additional expense.

Gradually and unobtrusively, Apple has adapted and expanded the catalog to different consumers. Open the fan, they reach new consumers, but at the same time, it loses some of its simplicity. There is no longer an “iPhone”, but an amalgam of questions about sizes and capabilities that mislead at least seasoned customer.

The battery is the weak point. It does not last as many as 6 hours, much less enduring as the 6S. The surface to put the component is lower, also is the display, so it would be more logical that moderated consumption.

Do not expect a revolutionary model. Rather, it is an iPhone for newcomers with the best virtues of apple at an affordable price. Apple knows that to continue conquering new markets needs to offer the latest technology with some sacrifices in order to lower the price. Asia and Latin America will be the preferred places for this model, also teenagers who have their first mobile or older who want to use something easy.

Among the improvable: the battery, which improvement over entire generation 5, but does not reach the performance of 6. It is one of the sacrifices made to keep the display. The question remains whether the display will break as easily as other models that have had this design, but have preferred to not tamper with the unit test provided by Apple.

In short, Apple renews its iconic iPhone, adjusting the price and enhancing its processor and camera. It will appeal to those who want to carry the mobile always in their pocket without discomfort and do not need a big screen. The feeling that remains after trying new phones is that typing in five inches, especially if they have to answer long mail, is not too comfortable.