Without the design and appearance of other androids seeking to interact with humans, Jibo aims to be a center of family entertainment and educational content. 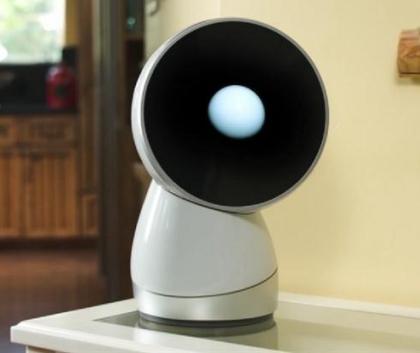 Some are powerful and accurate arm to work in factories, while others have features that emulate a human face almost perfectly: the robots want to go beyond the repetitive tasks set to move to a more friendly relationship with people. In its own way, and without taking the physiognomy that have the Androids, Jibo seeks to position itself as a home reference robot.

Recognizes natural language and can interpret voice commands, take pictures and video conferencing, as well as notify the events of an agenda.

Its design is more like a small desk lamp, somewhat reminiscent of Pixar lamp and EVE, the companion of Wall-E, the protagonist of the eponymous film. Its circular screen can be rotated in certain actions, and has an interface based on a small virtual sphere that changes shape according to the interaction that you have with the user.

In terms of performance, Jibo behaves similarly to the attendees by voice of major smartphones, such as Apple’s Siri, Google Now and Microsoft Cortana, among others.

The device is under development, with a release planned for 2016. Meanwhile, Jibo can be bookable for $100 on the platform of Indiegogo collective financing, with a final cost of $500, a quarter cost of the robot receptionist Pepper, created by the Japanese company Softbank.