The challenge was not easy. Overcome the weight of fame of the legendary Moto G a smartphone chosen as the best end of the year by different means in its successive versions, seemed something really difficult to achieve. But Motorola has not wavered in the commitment and the expected fourth generation of the device comes loaded with heavy ammunition in its chassis and performance. Now the manufacturer has exceeded the minimum low-cost label that showed the previous versions and now it is located in a position of economic mobile with premium pretensions. But always, a purchase option that should be included in all the pools. 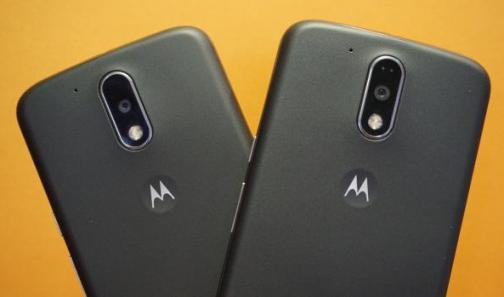 What was the true merit of the Moto G in origin? Achieving a balance that seemed impossible between a mobile with excellent performance and a price that made it accessible to virtually the entire market. This mobile has always come round to the manufacturer and is saying a lot in a market where almost all terminals have a ‘but’ (price, battery, features …) who dismiss it as an option to buy at the last minute. So, the manufacturer has had to take the rest in order to overcome their own established brands and be faithful to the principles of demure cost and excellent performance with the new model. And it seems that he has succeeded.

‘Pro’ features at popular price
While it is true that Motorola has been forced to increase prices in this new version of the saga and cross the psychological barrier of 200 euro, the reality is that it will compensate stretch a little portfolio for everything that takes one. This new version has been dubbed Moto G4 (the ‘4’ comes from fourth generation) and is an evolution in size, features and performance that put the terminal in premium positions, although without removing the foot completely in the economic segment that has seen flourish. The G4 grows up to 5.5 inch, and fully entering dimensions in which the copper terminals as the iPhone 6 Plus or the recent Galaxy S7. And these new dimensions have been exploited by Motorola to give the device a higher battery capacity, reaching 3,000 mAh, undoubtedly one of the demands more insistently made by users.

Also improves performance with a Snapdragon 617 processor, 2GB RAM and the other great Americans bullet is in the camera, a section where the G4 wants to shine. The manufacturer has set two levels of performance with two models, the G4 and G4 Plus, which differ precisely in the camera and the fingerprint sensor. In the G4 Plus, optics reaches 16 MP and has a laser autofocus system, and there is a Pro mode for those who want to venture to set aperture, exposure and other options. It also has significantly affected the section of selfies, with a wide angle that allows you to be photographed more contained in the same capture.

In addition to the fingerprint sensor, present only in the top model and by which you can unlock your phone in just 750 milliseconds, and the other premium benefit is the fast charging, which offers up to 6 hours of additional use in just fifteen minutes of charging. The terminal also has a protection against splashes (although the manufacturer makes clear that it is not waterproof), and with respect to price, the G4 Plus will cost 269 euro compared to 229 euro for the basic model. Its release date will be in June.