Before the end of the year, Nokia announced one of its top-end equipment, the Lumia 1020, a smartphone that stands out for being equipped with a sensor of 41 megapixels alongside the classic Carl Zeiss lens and optical stabilization hardware. With these specifications, this model puts focus on providing the best images and video capture with full HD quality. 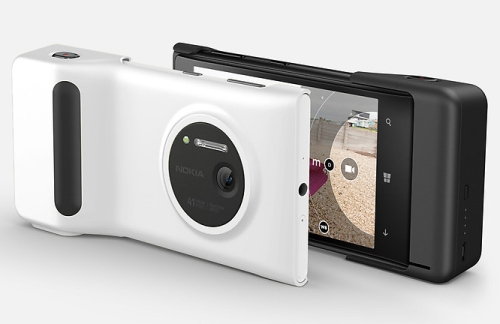 The special 41-megapixel sensor follows the tradition of the Finnish company, whose mobile unit was acquired by Microsoft. As background Nokia highlights several of progress together with Carl Zeiss since 2005 in the N series, the N90, N93, N95 models, whose direct predecessor was the 808 PureView, based on the discontinued Symbian operating system.

What are 41 megapixels? As explained in this note, the company uses that resolution to address the lack of an optical zoom, while using one of the larger physical size sensors available in the mobile market, to give the camera’s sensitivity in low light. It is possible to crop an image in full resolution (on average, 10 or 12 MB) without losing quality in the resulting photograph. You can set the phone to take normal photos (5 or 8 megapixels) or a photo in standard resolution and the other in a high resolution, simultaneous (5 and 34 megapixels, 8 and 38 megapixels; missing Megapixels are lost at the edges of the sensor).

The Lumia 1020 has a 4.5-inch AMOLED screen with a resolution of 1280 by 768 pixels. It has a Qualcomm Snapdragon S4 dual-core processor at 1.5 GHz, 2 GB RAM and 32 GB internal storage (25 GB available for usuario9, with 7GB storage service in the cloud Microsoft SkyDrive. Its 2000 mAh battery gives a battery life of just over 13 hours talk time in 3G mode. It has a weight of 158 grams and is equipped with Windows Phone 8.

In terms of connectivity and geolocation capabilities, has the usual benefit of this range models: 3G, Wi-Fi, GPS, Glonass and NFC. Unlike other similar equipment, it has Bluetooth version 3.0. Also FM radio.

The most striking design of the camera, which follows the style adopted by Nokia from the N9. There, the camera lens of 41 megapixel PureView barely protrudes above the lines of the housing. Next to it is the Xenon flash, LED video lighting and associated sensors attending the Lumia 1020 to capture.

The camera features a six-element lens and a stabilization system hardware that helps avoid the vibrations generated during shooting, three microphones and high dynamic range to avoid saturation in noise environments.

The company also highlights the benefits associated with their camera, such as special microphones for better sound capture.

The Nokia phone has two additional accessories such as the casing that allows wireless casing of the battery and the Nokia Camera Grip, a device that attaches to your phone that offers a better grip for the shots, as well as offering the possibility using a universal tripod system and adds extra phone battery. The latter will be priced at 700 pesos.