There are some people that worry about addiction to playing online games. They has been some research done in this area, comparing it to gambling addiction. However, whether you believe that the games are addictive will depend on how you define addiction. 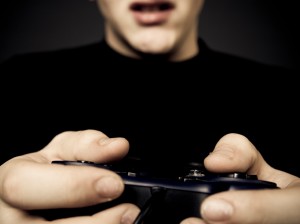 Some people feel there has to be a physical substance to be addicted to but others argue that the brain can produce chemicals that you can get addicted to. There are lots of sites in the web where people can play free games.

However, there are people that just get worried about people who play games too much. If the games are taking over your life and you are finding they are interfering with your job or school work, then this can be a big problem. However, it does not tend to happen that often. With some children, it can just be up to their parents to limit how long they are on their computers for or to make sure that they are getting their schoolwork done and having enough sleep.

So it is probably not a huge concern for most people. There are games that can seem to be addictive but actually, once you have played them for a while, you probably find that you do not want to do it so often. You may find the novelty wears off or you solve the game and then will not want to play it as often. Also there are probably more important things that you will have to do at times and this may mean that you have less time for playing the games then.