The next USB connector is reversible. The group that promotes this standard; announced it last December; and in April the first images of met what could be the new record. 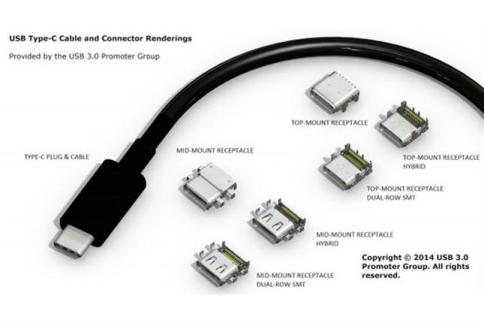 But the design is finalized: the USB Promoter Group announced the type-C connector (the current ones are A and B) for the USB. What is its greatest strength? It is reversible, i.e., do not meet its position when inserted into the USB port.

That’s the good news, like the fact that it allows more bandwidth for data transfer (10 Gbps) and amperes (3-5) for charging devices, up to 100 watts.

The bad is inevitable-but that is not compatible with current connectors, breaking the tradition that helped the spread of USB (all generations are compatible with each other). It’s smaller, similar size to micro-B (using the cell) and will be available in the coming months, but will initially require an adapter.

The new connector has 18 pins, using the 9 having a USB 3.1 connection (the four standard plus other five to 10 Gbps transfers), but including them twice – up and down – so always make contact regardless of the orientation that the connector is inserted…