The world of virtual reality is experiencing a time of great development, largely courtesy of the efforts of Oculus, the company that created the virtual reality glasses Oculus Rift, which later was acquired by Facebook. 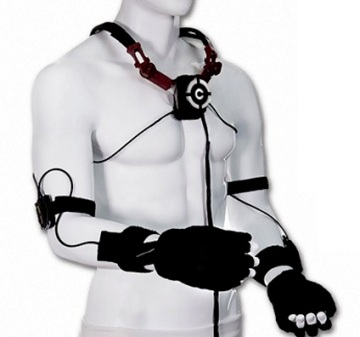 While Sony prepares its own virtual reality headset and rumors arise that other companies would be thinking of doing their own version, a draft joint financing on Kickstarter seeking money to finance his idea to create special gloves that attached to the system that controls the Oculus Rift glasses, allowing virtual objects to manipulate the digital world.

The company that started the project, Control VR, think not only in gloves but in a kind of necklace can detect the position and movement of the torso of the user, making it more realistic interaction with the virtual world.

Not cheap though: $350 are to be advanced for the complete set of gloves and body sensor, which could be used not only for games but for any application requiring accurate and almost instant digitization of hand movements.