iOS 6 is the next major update to the mobile operating system from Apple that since Wednesday and is available for download. The new release features many improvements over iOS 5 and the models are compatible with this release iPhone 3GS, iPhone 4, iPod Touch 4G, iPad 2 and new iPad, but not everyone will have all the news, especially the oldest as the iPhone 3GS. Overall iOS 6 has been very well accepted in regard to level of shock in the early hours, it is estimated that at least 15% of users have already installed the new version. 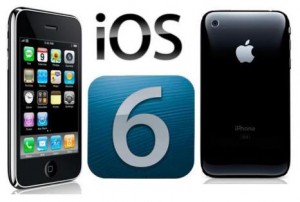 The most notorious first disappointment has to do with the map application. Apple has removed Google Maps service to include its own navigation and generated countless failures are still the main reason for rejection iOS 6. But this has not been the only problem that users have found; in the early hours of the arrival of iOS 6 failures have also occurred with the Wi-Fi Internet access that prevented. There has been a very widespread but complaints have been enough for Apple to take note of it.

The company Errata Security has investigated about the cause of this failure and have found that it has nothing to do with iOS 6. When we are connected to the Internet, Apple makes a number of checks to ensure that the connection is working. One of these checks is to access an internal Web page, the situation that occurred is that this site was giving problems and so some users could not access the Internet with their newly updated devices.

Initially Apple has fixed the problem and the connection should work fine, however if there are still bugs there are two possible solutions have very simple and quick. The first is to use the “Refresh grant“, this button can be found in the Settings menu – Wi-Fi. Once inside this menu you’ll see that along with the name of the Wi-Fi network to which you are connected, you see a blue arrow. Press and scroll down to the bottom, there you will find the function to renew the lease, which makes it renew the IP address.

The second solution is to restore all network settings, this is going back to the Settings menu and navigating to the General tab. Towards the end you will find the Reset input, once inside just press the button that says “Reset Network Settings”- please note that this option will delete all data related to the Internet connection and saved Wi-Fi networks, passwords or VPN configurations. This is a more radical solution so it is recommended to first try renewing the concession, then enters the browser to make sure it works properly.