After the fatal accident last June, Tesla has decided to make better use of the integrated radar to detect cars or trucks…. 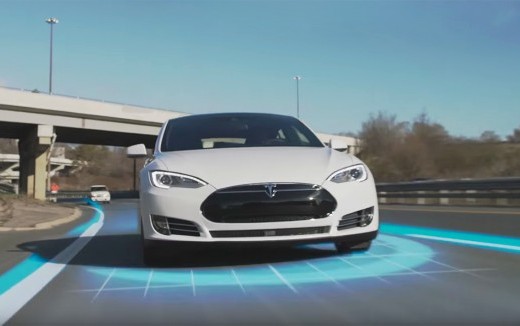 Last June a person died in a traffic accident in the US, nothing unusual if you have statistics on hand. But in this case the accident was special because the driver was in a new Tesla Model S activated with the autopilot system. The combination of a blind spot and the driver was distracted though technically not lead, provoked a big fuss that doubted on this type of systems.

Tesla has finally an answer to streamline its system of autonomous driving, using its radar to have more information about what’s around the car and will be available in its update Autopilot v8.

With this update, will make more efficient use of radar that Tesla have built-in. “The radar system will help the driver to avoid false positives that would do that the radar was giving the order to brake, when it should not”, said Elon Musk in a call to the media to explain the innovations.


Specifically, it will use a more advanced processing signal to make a visual image or map of the world around the car, detecting anything that is metal, large and dense. That is to say, cars or trucks in the way of the Tesla.

By being able to detect false positives, as large posters that could confuse to the system, stores the location of that particular point in servers of Tesla that then spread to other cars, creating an improved site map where the car must have a special attention.

The update is free for all drivers who have a 2014 Tesla or higher.