Estonia’s Velmenni Company began the tests outside the lab with wireless connection based on a lighting system; do not believe that it is a replacement for the conventional Wi-Fi… 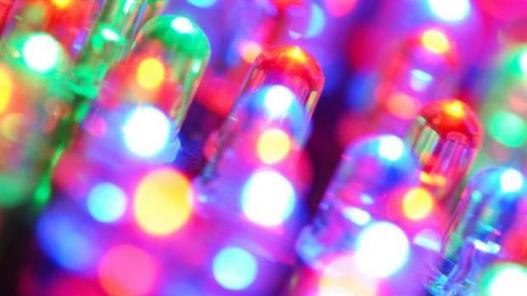 There is no doubt that the emergence of Wi-Fi changed the way the Internet is used and has become indispensable for most people. But it seems that is overdue. And the culprit is called Li-Fi.

Although this wireless technology was announced four years ago, has now been when performed the first tests in the real world, i.e., outside the laboratory. The results were surprising: it reaches a transmission rate one hundred times greater than the current Wi-Fi.

Specifically, it has achieved a data transfer rate of 1 gigabit per second, according to the company Velmenni Estonia, which is conducting these tests. And even higher speeds are expected, because in experiments conducted in laboratories at the Oxford University, reached 22 Gbps.

How does it work
Li-Fi technology uses visible light for this transmission and only uses a light emitting diode (LED).

In 2011, the creator of this technology, the scientist at Edinburgh University Harald Hass, showed that with a single LED can be transmitted more data than with a phone antenna. Haas says that an LED bulb can be used “to transmit internet ultra-fast way”.

The LiFi will allow that a lamp has two functions: provide light and secure connectivity to the router.

At the International Consumer Electronics Show CES 2012, held in the US city of Las Vegas, this technology was shown, using a pair of smart phones to exchange data and varying the intensity of light from their screens, with a maximum of ten meters clearance.

Furthermore, the Lifi is safer than WiFi and not interfere with other systems, so it could be used without problems for example in an aircraft, it has been demonstrated but still has a major drawback, is that light can not pass through walls.

End of the wifi?
But despite its advantages, it is not likely to replace the wireless system as a whole in the near future. On the contrary, both technologies can be used together to create safer and faster networks.

Researchers are working on the adaptation of current devices to make it compatible with Li-Fi. PureLifi, the company created by Haas and his team, is offering an application for Safe Access, said ScienceAlert.

French technology company Oledcomm is also working with Lifi and is installing its own system in hospitals.

At the same time, companies like Samsung, LG and other electronics manufacturers are interested in making smartphones with Lifi light sensors.

Haas says Lifi could combine with wireless data transmission to achieve a cleaner and brighter future.